Hi Majesty King Abdullah‘s meeting with Israeli Defense Minister Benny Gantz was part of the ongoing diplomatic efforts to create horizons for just and comprehensive peace, based upon the two-state solution, in which the legal and historical rights of Jerusalem and its holy sites are respected, as well as the rights of people who are pilgrims to Jerusalem during Ramadan. 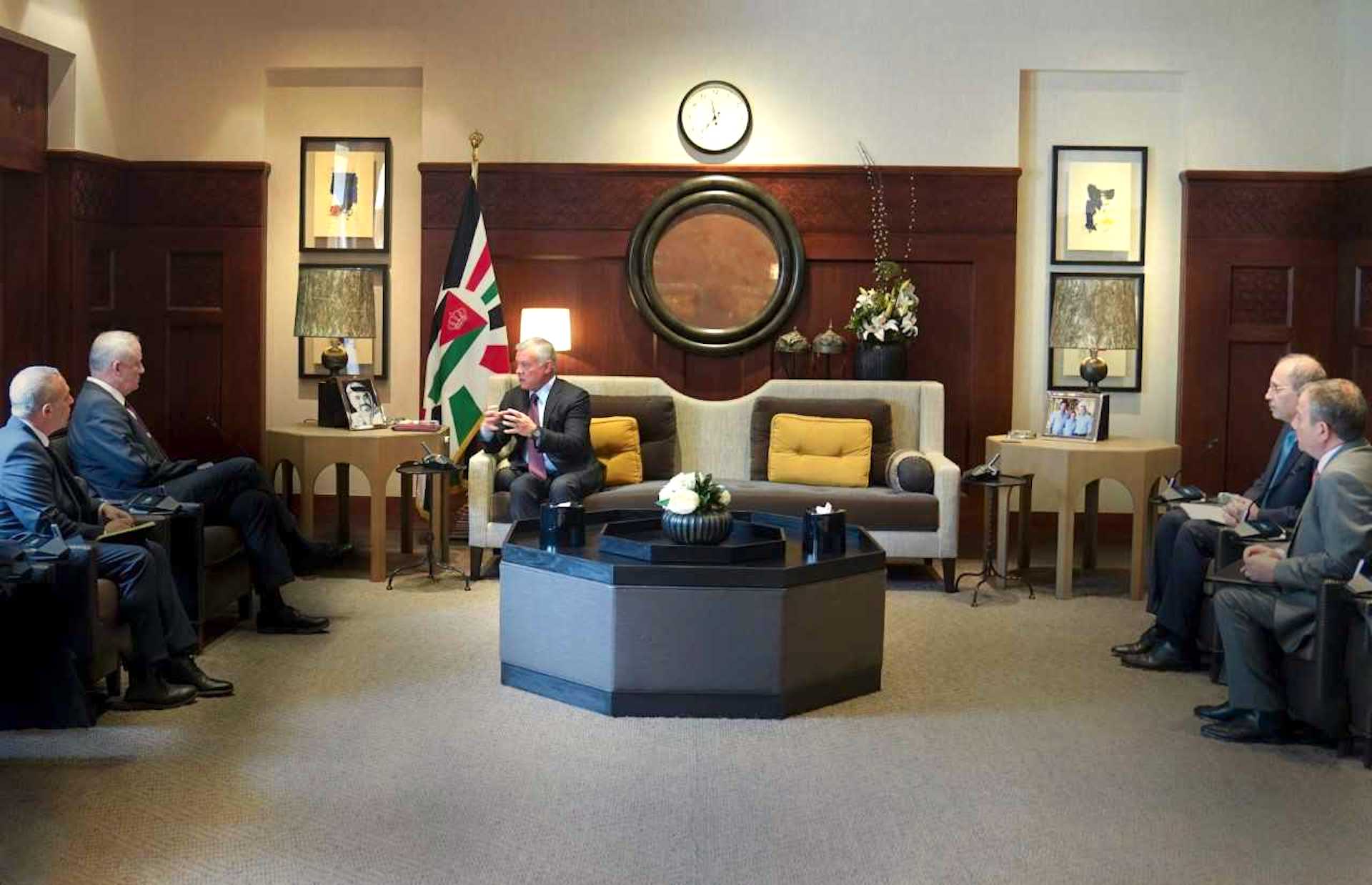 Maintaining calm requires removing any obstacles to prayers at Al Aqsa Mosque/Al Haram Al Sharif, and preventing provocation that could escalate tensions. Israelis and Palestinians need to intensify efforts for serious and effective negotiations aimed at achieving a two-state solution for peace. Noting the necessity to stop all measures that undermine prospects for peace, including the establishment of a Palestinian state with East Jerusalem as its capital.

Deputy Prime Minister and Foreign Minister Ayman Safadi, Director of the Office of His Majesty Jafar Hassan, and General Intelligence Department Director Maj. Gen. Ahmad Husni attended the meeting. The King had also discussed these ongoing diplomatic efforts and the issues they cover during a meeting on Monday with Palestinian President Mahmoud Abbas in Ramallah, in line with ongoing coordination and consultation between the two sides.

Deputy Prime Minister and Foreign Minister Ayman Safadi met with Israeli Defence Minister Benny Gantz before meeting with His Majesty, during which he stressed the importance of creating horizons that provide economic and livelihood opportunities for Palestinians. For a comprehensive peace to be achieved in the region, Safadi emphasized resolving the Palestinian-Israeli conflict.

Jordan delegation heads to Dubai to participate in MENACW22