The King of Jordan, His Majesty King Abdullah, visited Umm Qais of the Irbid Governorate along with His Royal Highness Crown Prince Al Hussein bin Abdullah II. In order to boost tourism, King Abdullah stressed the importance of highlighting the history of the area and promoting its attractions. 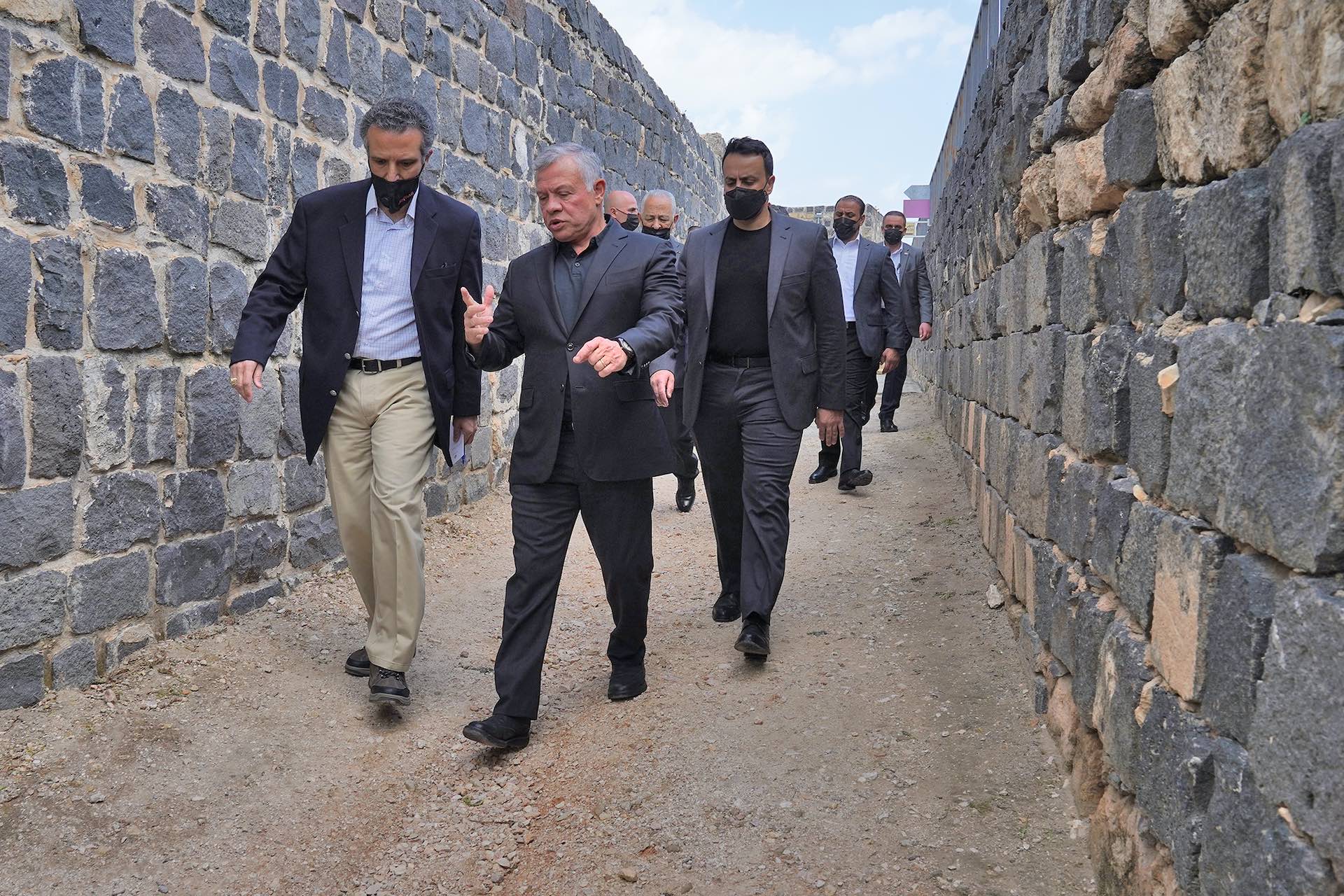 A briefing on restoration efforts at the archaeological site was presented to King Abdullah, who noted that efforts should be continued to improve and enrich the tourism experience in Umm Qais. He then visited the room in which the Umm Qais Treaty, an event that helped lead to the establishment of the Jordanian state, was signed in 1920.

He hiked on part of the Jordan Trail, which stretches over 650 km from Umm Qais in the north to Aqaba in the south. King Abdullah underscored the importance of promoting, developing, and maintaining the trail, as part of a plan that increases the number of visitors. While on his hike, the King stopped at Mariam Abu Alloush’s productive project, where she serves local dishes to tourists.

In the relaunch of Air India, Airbus to win 235 single-aisle jet orders