The Regent, His Royal Highness Crown Prince Al Hussein bin Abdullah II, paid a visit to the King Hussein Cancer Centre (KHCC) on Tuesday. He praised both the efforts of the KHCC’s staff, as well as the intensive care that cancer patients receive at the centre, as he toured the KHCC’s pediatric facilities. Princess Ghida Talal, chairperson of the King Hussein Cancer Foundation and Centre board of trustees, also accompanied Prince Al Hussein on the visit. 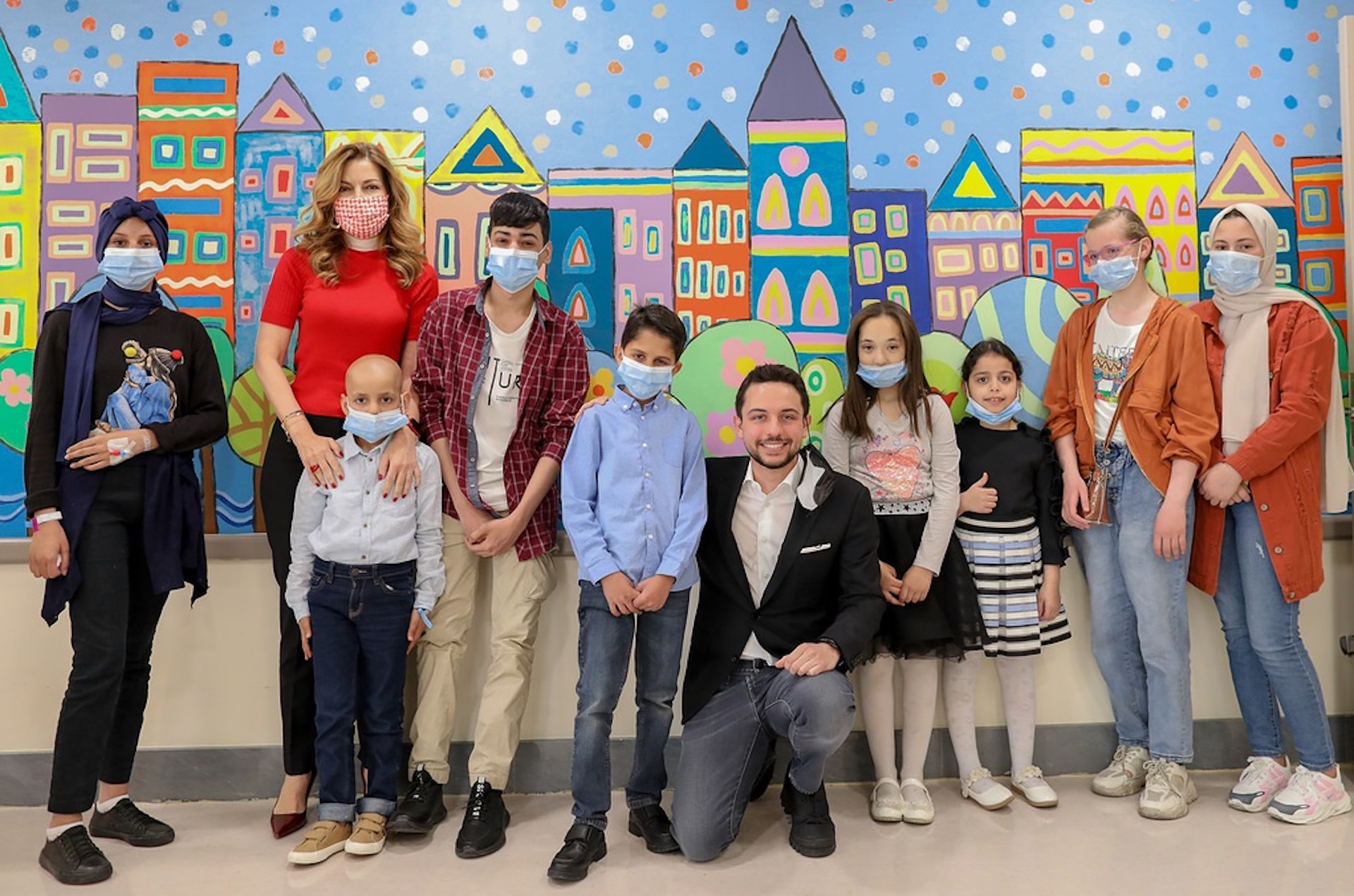 Princess Ghida briefed the Prince Regent, saying the center has become a prime destination for cancer patients in the Middle East. Asem Mansour, the center’s chief executive and director general, says KHCC receives 400 new cancer cases among children each year and hosts nearly 90% of Jordan’s cancer pediatric patients. The facility houses 350 beds that can accommodate 14,000 inpatients and 250,000 outpatients annually, as well as 300 doctors and 1,000 nurses.

There are two floors at the KHCC dedicated to child patients, with specialized clinics, intensive care units, and chemotherapy facilities, as well as a child waiting area, Heroes Cave, which was refurbished at the request of Crown Prince Al Hussein. In addition to providing psychosocial support for children, the KHCC also offers comprehensive services.

In 2018, there were 17.0 million new cases and 9.5 million deaths worldwide from cancer, according to the International Agency for Research on Cancer (IARC). Globally, there are expected to be 27.5 million new cancer cases and 16.3 million cancer deaths by 2040 simply because of population growth and aging. In economically transitioning countries, factors such as smoking, unhealthy diets, physical inactivity, and fewer births will increase the impact in the future.

Governor of Makkah receives UAE Minister of State at MoFA

Travelers should wear masks as a new COVID variant spreads – WHO

60,000 Coronavirus deaths confirmed by China as WHO…