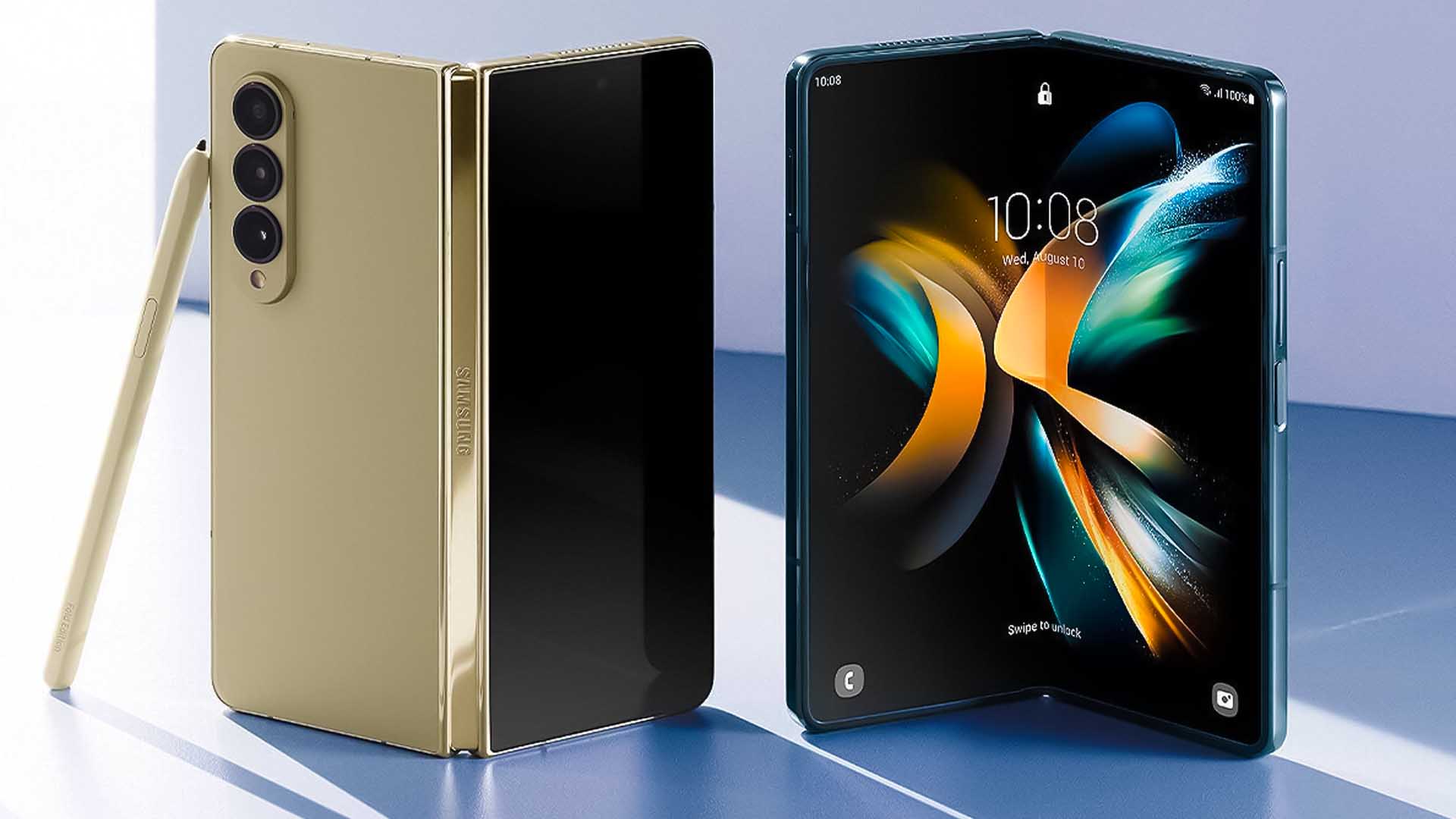 A Galaxy Z Flip4 is built to do more hands-free – without having to open it. The Cover Screen lets you make calls, reply to texts, unlock the car, and even control SmartThings Scenes. With its 3,700mAh battery, the Galaxy Z Flip4 can capture, watch and connect longer between charges. The Z Flip4 supports Super-Fast Charging, which allows users to charge up to 50 percent in around 30 minutes.

With its slim hinge, straightened edges, contrasting hazed back glass, and glossy metal frames, it’s our most refined design yet. With Galaxy Themes on both the Cover and Main Screen, users can customize the Z Flip4 inside and out to match their style. Plus, users can create their own Cover Screen with various clock designs and backgrounds in various formats such as images, GIFs and even video.

Featuring Samsung’s enduring smartphone innovation, the Galaxy Z Fold4 is its most powerful smartphone yet. Samsung’s Z Fold4 combines Samsung’s collective mobile technology expertise to create a device with increased functionality. It is also the first device to ship with Android 12L, a special version of Android created by Google for large screens.

Multitasking is easier than ever on the Galaxy Z Fold4. Users can access favorites and recent apps through the updated Taskbar, which looks like a PC. Using swipe gestures makes multitasking easier. For more ways to multitask, users can switch between full-screen apps and pop-up windows. Integrated S Pen functionality allows for on-the-go drawing and notetaking with streamlined storage inside the Standing Cover with Pen case.

A 50MP wide lens and 30x Space Zoom lens enhance the pictures and videos taken by the Galaxy Z Fold4. With a variety of camera modes, including Zoom Map, Dual Preview, and Rear Cam Selfie, the camera is customized to take advantage of the unique form factor. This allows increased capture flexibility. Even at night, users can capture clear images with the larger pixel size, 23 percent brighter sensor, and enhanced processing power.

The 7.6-inch Main Screen features a brighter screen, a 120Hz adaptive refresh rate, and a less visible Under Display Camera (UDC) featuring a scatter-type sub-pixel arrangement. Apps like Facebook and Netflixgoogle are optimized for the large-screen experience to make content more enjoyable. Users can control non-optimized apps without interrupting the content, pause, rewind, and play videos, or zoom in and out of content without interfering with it.

Due to the powerful Snapdragon 8+ Gen 1 Mobile Platform and the ultra-fast 5G network, games also run much faster. In addition to its thinner hinge, lighter weight, and even narrower bezels, the wider screen of the Cover Screen allows for easier one-handed use when using the device. With their Armor Aluminum frames and hinge covers coupled with Corning Gorilla Glass Victus+ on the Cover Screen and rear glass, Z Flip4 and Z Fold4 are undoubtedly our toughest foldables to date. The optimized layer structure also improves the durability of the Main Screen panel. Z Flip4 and Z Fold4 are both IPX8 water-resistant.

New Twitter verification system is already being abused by trolls

Global COVID-19 deaths have dropped by 90 percent since February

Space agency NASA launches Orion to the moon on its Artemis…

New Twitter verification system is already being abused by…