Syria participates in a BRICS joint symposium in Moscow

A joint scientific symposium entitled state sovereignty and cooperation as a measure in a multipolar world was held in Moscow on Tuesday, involving representatives of Syria, the BRICS group of countries comprising Brazil, Russia, India, China and South Africa along with the Commonwealth of Independent States. 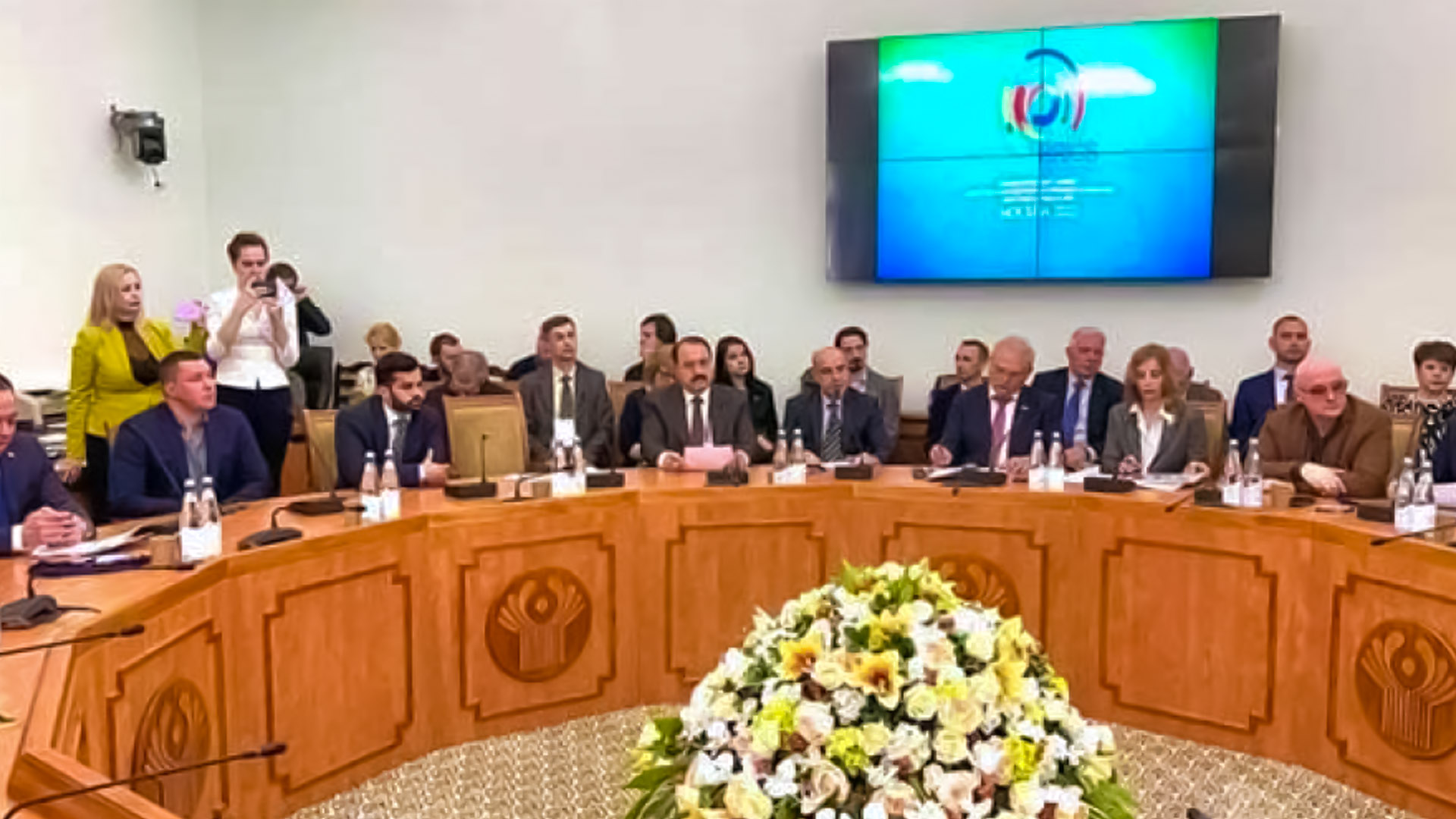 Riad Haddad, Syria’s ambassador to Moscow, stated that the United States has exploited the unipolar system to attack the sovereignty of countries, steal peoples’ fortunes and destroy countries that refuse to submit to their dominance. The best example of this is what happened in Syria when the United States and its allies invaded the country and destroyed its infrastructure to establish dominance over our region and the world.

As Ambassador Haddad stated, Syria is certain that whatever is transpiring today in Ukraine as well as what has already occurred in Syria in terms of combating the forces of radicalism and thwarting the American plan will be the final minutes towards the end of the era of American supremacy and the end of the polar world.

International Alliance of BRICS Strategic Projects President Larissa Zelentsova said that BRICS countries and the Commonwealth of Independent States have to develop relationships based on a multipolar system focusing on science, modern technologies, and innovations that can be implemented and utilized on the ground as essential tools for development and sustainable development.

One dead, eight missing after a tanker explodes in Thailand

Australian authorities are searching for a missing radioactive capsule