Abdullah bin Touq Al Marri, the UAE Minister of Economy, praised the deep-rooted and historic relationship between the UAE and India, which culminated in the signing of the Comprehensive Economic Partnership Agreement (CEPA). This statement was made during a high-level Emirati delegation’s visit to India after the CEPA entered into force on 1st May 2022. 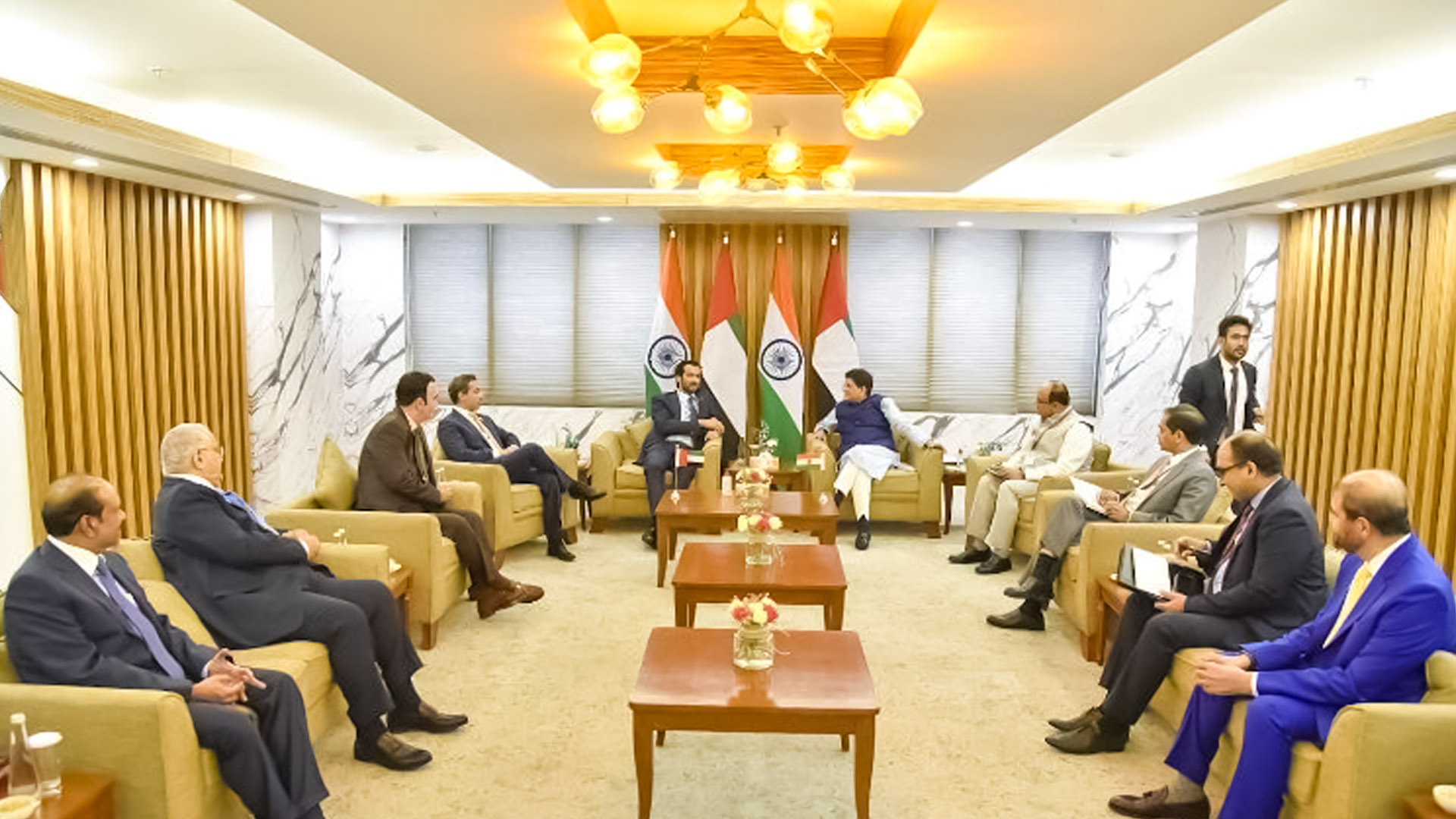 Bin Touq headed the delegation, which also included Dr. Ahmad Belhoul Al Falasi, Minister of State for Entrepreneurship and SMEs, and several Emirati officials and investors. The objective of Bin Touq’s visit is to develop collaborative initiatives and projects with Indian partners to promote trade, investment, and knowledge transfer in strategic sectors. Al Falasi and Bin Touq held several bilateral meetings with Indian officials to discuss next steps within this framework.

Bin Touq met with India’s Minister of Commerce and Industry, Piyush Goyal, to discuss ways to implement the provisions of the agreement and its role in supporting the manufacturing sector and boosting bilateral trade and exports. “We are interested in expanding the scope of our cooperation within the framework of the CEPA,” Bin Touq said.

CEPA will strengthen economic cooperation between the two nations, according to Goyal. Both governments are committed to supporting future growth and cooperation through the visit of the Emirati delegation. According to Goyal, the two countries have set a joint goal of increasing their bilateral trade to $100 billion and their service trade to $15 billion.

During the meeting, Bin Touq also met with Indian Minister of Civil Aviation Jyotiraditya Scindia to discuss how to benefit from the CEPA and keep up with the expected increase in flights between the two countries. Bin Touq explained that the UAE is eager to improve its cooperation with India in civil aviation, maintain the momentum in the sector, and adopt the best international practices.

Scindia said the CEPA between the UAE and India is a new platform for strengthening cooperation between the two countries, especially in civil aviation. Following the meeting, Bin Touq met with Nirmala Sitharaman, the Minister of Finance of India, to discuss enhancing their cooperation in the financial sector, exchanging relevant experiences, adopting best practices, and promoting the use of digital solutions and advanced technologies.

Dr. Al Falasi met with Narayan Tatu Rane, the Indian Minister of Micro, Small and Medium Enterprises, to discuss their cooperation in this important sector. Al Falasi also held talks with India’s Minister for Education and Skill Development and Entrepreneurship, Dharmendra Pradhan. During the meeting, Pradhan emphasized the importance of the CEPA for strengthening cooperation between the two countries. Non-oil foreign trade between the UAE and India in 2021 was valued at AED165 billion, an increase of 66 percent over 2020.